We are now moving into a beautiful time of year called Spring-Winter! We have eight seasons up here in Lapland, a lot of people will tell you that the Spring-Winter is the best.

It is the time of year one can do most winter activities, such as snowmobiling, skiing, snowshoe hiking, snowboarding, ice fishing, long hikes, and actually have the feeling of spring in the air. The snow becomes excellent because of the slight thaw during midday and the frost during the nights. The sun is bright and out long, long days! We gain about an hour of sunlight every week and soon the sun will not go down at all. Ultimate freedom! Spring-Winter usually lasts until May so yeah us 🙂

Today is a beautiful sunny day, the birds are chirping and the squirrels are out. I live in a beautiful place!

The pictures are from our last snowmobile trip. The sun was bright and on top of the mountains you could see endless forests. 🍃🍃

Do you see the imprint in the snow on one picture? That is from a bird. They hide under the snow to stay warm. When they then hear us coming they will take off. This bird left wonderful wing imprints in the snow! A friend of mine called it ‘poetry in the snow’.

You read that right.

I think we have over a meter of snow right now, we really do not need more….. This should last us well into spring! But the days are getting longer and longer and it is absolutely lovely outside. The snowmobile tracks are in their finest conditions and everything looks so pure. In not too long from now we will have daylight all day long! No more nights! That of course also means no more Northern Lights for a while. But we will survive as they always come back.

But I can not help to wonder about summer. It is still 4 months away… but still.

Until then, here is more winter. 🍃🍃

We found our snow :)

Yes we did! A fresh new blanket of powder snow covers the landscape.

It is so uplifting! We got about 30 cm since yesterday and it will be snowing all day today. I’ll take some pictures for you when it has stopped snowing, right now it really is just grey outside.

We took some customers out for a whole day snowmobile safari a few days ago. It was very exciting 🍃🍃

Ok, so yesterday I was suppose to drive to a meeting in town…

But the car broke down!! Grrrrrr. Well actually, I think that it froze down. The ABS steering system on one back tire froze stuck…. I now know one can not drive with only three tires moving.

On top of that the car got stuck…. With the back tires not really going anywhere and the front tires on pure ice, they just started spinning until we had a nice little crater underneath each front tire. Time to call the neighbors. He pulled the car out of the neat little craters which also made the back tires lose. The car is now standing in a warm garage to see if the problem is fixed.

Anyways, while the car was being driven to the garage the Northern Lights came peeking through the clouds. I only took 5 photos (I have no idea how I restrained myself like that… ) and here are some. 🍃🍃

We finally had clear skies yesterday…

… and Northern Lights! So off I went into the darkness with my camera.

I first went to a lake where streetlights are still visible. I experimented a bit with the street lights. Then I moved on to a river nearby called Åbyälven. After that I walked to/on the lake that runs into Åbyälven.

Standing on this lake, the ice all of the sudden starts singing. That’s what people call it you know; the ice sings. I can tell you though… when it is close to midnight and it is pitch black and you are all alone in the woods on a frozen lake, it DOES NOT sound like the ice is singing. It sounds like it is screaming…. or an evil laugh…. It scared the sh*t out of me. In my over-dramatic head I saw myself falling through this ice, being dragged under and then being taken away by the strong current that runs into Åbyälven. This is a long river…. in my head I was almost on the other side of Sweden!!

Realistically? Cars can drive on this ice. It was singing, not cracking and certainly not laughing. The sound it makes is the ice expanding and setting as temperatures go up and down. 🍃🍃

Today I made a ‘lost’ poster and posted it online…..

I am looking for our snow. Our snow has gone missing. I believe it may have ran away to the south which is very bad for its health.
Please, if you see snow, bring it back!! On picture number 1 you can see that snows home is very empty, on picture number 2 you can see what snow looks like.

What the moon did today.

Sunbath! That’s about it….

What the sun did today.

I think the sun was in a playful mood today.

First it (he?she?) was playing hide-and-seek, then it was playing peek-a-boo and after that it seems to be laughing. Yepp, our sun was super happy today.

You see the first picture? It was very strange, I could look right at the sun without any kind of filter, could see its shape and everything. For a moment there I got confused and thought it was the moon. So that is where it was playing hide-and-seek and it was trying to hide behind the clouds.

On the bottom pictures it was playing peek-a-boo 🙂 Big dark & heavy clouds all around it with the sun peeking out every once in a while. And then there it was, in all its glory, smiling upon us and turning the sky blue. It went from a yellowy glow to blue skies. There was also a light snowfall which made everything glitter 🙂

That is what our sun did today! 🍃🍃

Yesterday we went to the 412th Jokkmokk market!

It is one of Swedens’ oldest markets and is very much talked about every year. They also have a summer market but the winter one is the big attraction. Oddly enough, yesterday was my first chance ever to go!

Let’s start with the positive. It is traditional, a lot of handicrafts, people walking around in traditional clothing and traditional foods. Also traditional music! I am a big fan of the music of the Sami culture. (The Sami people are of course the native people of Lapland.)

Now the minusses….. soooooooo many people. I am not a big fan of crowds… kind of why I moved to a village with 50 inhabitants…. The amount of people made it difficult to walk, talk, see and move. That is how bad it was. This also made the food lines incredibly long. Also, even though I wrote with the positive that it is traditional, it was not as traditional as I expected. I expected more possibilities to learn about the Sami culture, and even more people in traditional clothing, maybe some activities.

I am happy we went yesterday as I have long been curious about this oh so famous market. Will I go back? Not unless I can go on a Thursday or a Friday. It was just too crowded for me.

Because of the huge crowds and because I am a short person, my picture possibilities were limited…… And as I did not like the crowd I tried to hide them a bit in the pictures, this also enabled me to really highlight the clothing. You see the look and the woman’s face? The second reindeer in line decided to rebel and started a stampede 😀 Can you imagine?? A [small] reindeer stampede!! No one was standing in front of them though. Apparently someone touched the reindeers horns. They don’t like that. Especially now as they are shedding their skin on the horns. It means they will soon lose these horns and grow new ones. It can look very bloody sometimes! 🍃🍃 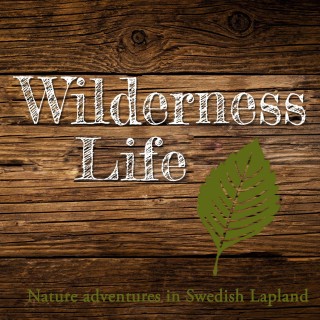 Wilderness Life is located in Arvidsjaur, Sweden, right underneath the Arctic Circle. We specialise in nature adventures for all season! So if you are in to fishing or hiking, hunting or bushcraft, survival or relaxing, snowmobiling or icefishing, nature photography or jewelry making.... you have come to the right place!! Please visit our website for a complete overview of what we do. www.wildernesslife.se